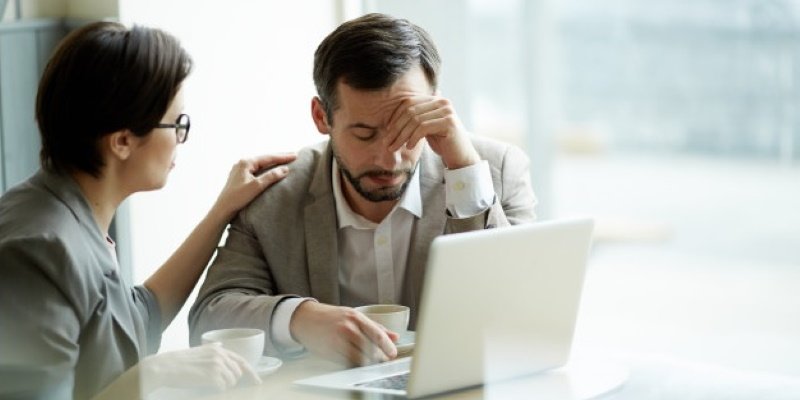 Sunday, November 27th, 2022
The definition of SEO or search engine optimization, is the process of making web pages on a site, content on a blog, attractive to the search engines in the hopes of landing on the first page of their results, for a specific keyword entry that’s entered by the user.

The process has evolved since its initial days, when the term was first used decades ago.

What the leaders of online industry, the “guru” marketers are hinting, is that there needs to be a new fundamental and philosophical shift in thinking, when it comes to SEO.

They are claiming that the traditional SEO methods are no longer as effective as in the past, as the previous methods need to be tweaked and put into perspective.

SEO has always been reactive in nature, as marketers would attempt to predict what a particular search engine such as Google is going to do, or would do to qualify a site for better indexing.

These “experts” would then find better more efficient means and methods, which would satisfy the beast that is the search engines, this in order for their sites to appear at the top of the organic rankings.

Most of the tactics previously used, has evolved over time, which reflects the exact blueprint of the classic cat and mouse game, a chase every online marketer would be forced to play.

They would attempt to reverse engineer by analyzing the ranking algorithms of these search engines, all this to catapult their sites to achieve better results.

Once Upon A Time In The Wild West

In the original pioneer days of SEO, these search engines would rely heavily on the webmasters, and their proper use of HTML, and meta tags.

This would help the search engines identify the exact keywords, related to the content that was on the page of their site or blog.

The search engine robots would then prioritize their organic rankings, based strictly on characteristics such as the depth and frequency of keyword density.

They would rank websites on how often a particular “keyword” on the page occurred, this to determine SERP order.

So the craftiest of webmasters began “gaming” the search rankings, through what’s known as “keyword stuffing.”

The process involved a content page would have countless repetition of the same exact keyword, and placed near the top or at the bottom of its webpage.

The text at times, would also usually be the same color as the background of the site, hiding it from human eyes, as the reader would never see it while the search engine “bots” could read it.

Then There Was Link Building

So eventually, the algorithm of Google in particular, was tweaked from keyword content to link building.

They determined SEO relevancy, by ranking a page on how many back links were pointing to a particular site, this to determine their significance.

Initially, the webmasters would then just maintain a “links” page on their site, this for the purpose of trading or selling reciprocal links.

What this involved was, “I?ll link to you, if you link back to me.”

Google then eventually flushed this out as well, as this practice became a lot more complex because of the various services that offered three-way reciprocal linking.

This was a method that was more sophisticated and harder to detect for Google, temporarily anyways.

The search engines then continued to “tweak” by they refining the quality of the links expected, as the various SEO tacticians once again attempted to game Google, by trying to trick it.

The Attempts To Outsmart The Search Engines

The tactics and the attempts to “fool” Google by the savvy SEO experts continued to evolve, they attempting to stay ahead of the curve.

This virtual game of “tag,” Google in particular continued to fight the battle by they releasing update after update.

These included algorithm tweaks , such as “Vince” for instance, which was a major shift as they began to penalize and purge out the larger well known brand sites, from their organic search results.

The Evolution Of Better Search Results

What the search engines began to do, was factor in user behavior as a better indicator when it came to the quality of a website.

The key signals became how long a visitor would stay on a particular page, before they returned back to the search results for more information.

Google then eventually began to consider social signals, looking at how frequent a site was mentioned in the social media sphere.

This new criteria, then set off a new platform for increased scrutiny of sites, which were based on offline reputation, and what the readers thought of the sites.

Collectively, all of these efforts favored overall brand reputation along with user preference, while moving away from the tactical methods once used by the SEO experts and webmasters.

Google then became yet more vigilant, as they eventually rolled out more aggressive algorithm updates, which allowed their “bots” to detect quality signals, as they focused more on the “quality” criteria.

When Google and their initial “Panda” update was activated, it made significant sweeping changes to the organic search results.

This initially wiped out over 12% percent of the sites from its index, this based solely on what they thought was weak content.

They continued to lay down the hammer as numerous other algorithm releases followed, such as the Penguin update, which began discounting the once evergreen inbound linking structures.

As a result, there were countless online “brand” businesses and authority sites, who had built successful sites over the years, to suddenly lose 50% percent or more of their traffic, literally overnight.

These sites believed that they were complying within the rules.

What most of them ignored however, was one significant point, which was their entire site structure was designed to rank well only on Google, and no where else on the web.

So What To Do Now

So because of these sweeping changes, the SEO experts are beginning to make a fundamental shift.

Until now, everything that involved SEO was reactive in nature, which was anticipating what the search engines wanted, and then tailoring and adapting their sites to it.

But most now believe that this isn?t going to work for much longer.

It’s now thought that these online businesses, will now need to begin thinking beyond the search engine rankings, as SEO no longer appears to work that well as it’s constantly evolving.