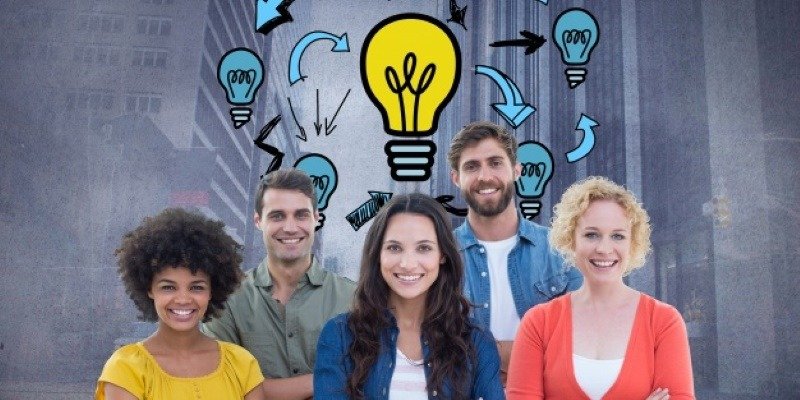 Tuesday, January 31st, 2023
We grow up with certain limiting beliefs, and as a result become boxed into thinking we can do so much in our life. That our potential goes so far. We’re mentally and mechanically fitted with blinders to fulfill certain self defined projected objectives.

The biggest challenge then becomes the realization we need to work through or broadly expand our horizons, eliminating these limiting beliefs and barriers.

It begins today by you taking a stand on what you truly believe in, what you believe is your destiny, to be proactive while staying on course on whatever you dream of.

This should begin once you start a brand new day on a daily basis.

Define what it is that ignites your vision, what fuels your motor, provides a greater outlook, which lights your fire.

Does it instill the spirit which is entrepreneurship.

Do you feel you have what it takes to propel this belief beyond what you think you can, and begin prospering as a successful online marketer.

To become airtight and self sufficient, empowering yourself to become independent.

What these core beliefs may be, these assumptions and your opinions does is they form the shape of your world.

What doing so accelerates the process of ordering the vast quantity of information available, to come knocking at your door.

So prepare yourself to get rewarded by the overwhelming amount of stimulation you will receive shortly.

What most mind experts have advised us, is that a single negative or limiting belief that’s currently taking up space in our thoughts, can be deliberating.

It will instantly shut down all possibilities, narrowing down our future endeavors, placing a lid on any forward progress, forcing us to reset ourselves.

There’s much that has been written, spoken about and preached upon, where vast fortunes have been built by learning how to identify and adjusting to this single mind shift.

This is the need to dissolve any and all limiting beliefs which holds you back from advancing.

What then are these positive beliefs and how do you hold them constant and moving forward in your mindset.

While it’s important to realize and work beyond our limiting ones, it also becomes important to know and take a stand on what you believe in.

This belief is a path of understanding whatever resonates deep within your own sense of purpose, while servicing what you are willing to embrace and subordinate.

What this results in is there’s no other choice but to forge what you believe in, moving forward.

You also hold this belief with conscious commitment, as well as with self-reflective awareness,.

Know that it’s also just a belief and not yet a reality, while becoming aware and responsible for the ways this belief endows your life with focus and purpose.

There’s also no absolute or a verifiable third party system, that can objectively prove your belief.

Instead, you’ll need to learn how to hold and temper these belief protocols yourself, which then activates both your inner prompts along with encounters from the physical world.

Holding On To This Belief System

It becomes important to hold this belief loosely enough so you’ll have options, such as having the right to impose your belief on others.

Once it is held open ended, there’s then room to question or make alterations, to challenge and evolve whatever you have the belief in, as you continue to learn and grow.

At the same time, it also becomes important to hold these thoughts firmly.

Do so then activate your experience without losing the awareness of any other possibilities, that provides spiritual or emotional sustenance.

Developing This Into Your Business Plan

So what does all this have to do with your own personal economic welfare, you wanting to become an entrepreneur, since all you want to do is get rich as a successful marketer.

On a daily basis, there are numerous times when we face certain situations, and it becomes impossible to rise to the task or make the right decision without a belief system for reference.

It’s not enough to just deconstruct all of the limiting beliefs you currently hold.

For instance, there’s no easy path to construct a functional and meaningful definition of success and wealth.

To chart your course and progress, you need to become responsive for what your belief is, and how you go about believing it.

There are also other beliefs systems, that needs to be present for any business owner, entrepreneur, or independent professional to succeed in.

Note that these “beliefs,” don’t necessarily need to conflict with your current reality.

Your Business Belief System – Believe That…

• The majority of people can adequately take care of themselves, but also at times they’re not able to
• Your potential prosperity shouldn’t aggravate or deter someone else’s suffering, but realize on occasion it might
• When becoming a good steward for your business, doing so will help you better show up and serve
• You can afford to act in your customer’s best interests, even if at times it means you’ll earn less or just breakeven
• Prosperity should only be attractive to those who you want to work with
• There are plenty of individuals whom your work will be a perfect fit for, as they value your product or services enough for them to pay for it
• Making mistakes is the foundation for any future success, and know that this also includes picking up after yourself while making amends for your errors

Knowing these beliefs and adopting them will make you stronger and more resilient, while giving you a solid foundation of reason.

They’ll also challenge you to become bolder and much more creative, as you have a reference point.

For every “belief” you activate, there’s a new world of action which is revealed and released.

So realize what you need to believe in, this in order to show up, this to prosper as a successful entrepreneur.