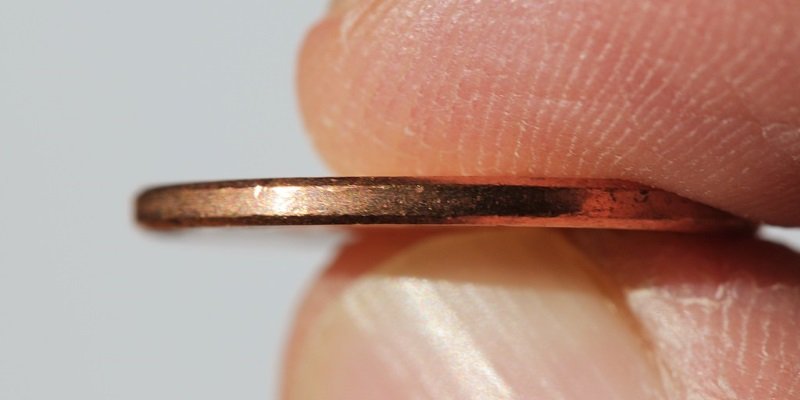 Friday, February 3rd, 2023
Why is it that some can attract money into their life, seemingly at will. They?re constantly being rewarded, like discovering that brand new business opportunity before everyone else. Then they capitalize on it by profiting. Many claim, you can attract money by using mind power.

One mystery of money, is how some are able to attract an abundance of it into their life, while others cannot, once given the same opportunity.

What?s found, is that it can be broken down into certain fundamental principles in order to attract wealth.

It comes down to developing a certain mindset, which acts as a trap to magnetize money. So to get rich, it begins with having the absolute belief that you can.

What you need is to properly train, maneuver your mind into believing that you already own whatever it is that you want, or that it’s coming to you shortly, that it’s already in your possession.

By having this committed belief, the Universe then has no other choice but to gravitate you towards whatever you want, which in this case is money, as your wish is your command.

Then things will miraculously begin to mold towards you, conform to your demands. There are certain ways to activate this mindset, which are found common in those who can manifest riches.

What they have, is a certain way of knowing how to generate this abundance.

Believe That You Already Have It
Those who are wealthy, they assume and behave like they already own whatever it is they desire. They believe that what they want is already theirs, they’re just waiting to claim it.

So raise your intensity level to the point that you believe you already own the money, that you’re wishing to have.

Ask yourself, once you get that money what would I do with it? How would you act and feel? Then continue on with your day.

By behaving and acting rich, what you?re doing is telling your mind that you?re expanding your limitations, your horizons.

By doing so, you begin to activate your creative powers to generate this money. Then once the money does begin to flow your way, all it’s doing is just obeying the Laws of the Universe.

Remain Grateful For Everything
Be thankful once you find a penny on the sidewalk, and make sure that you pick it up. Show gratitude every time any amount of new money enters your life. Be grateful for the money that you already own.

Instead of always complaining, stressing out on how little money you have, be grateful that you have some, and will soon have more. Give thanks to the universe, for bringing it to you.

The next time that you receive any form of money, this regardless of what amount it may be, instead of barely acknowledging it, take the time to give thanks to this money that came into your life.

Every time money falls into your grasp, every time you get paid, always take the moment that it takes, to appreciate and acknowledge the fact that money is flowing into your life.

By always being and remaining grateful, more money will soon be attracted to you, one way or another.

So What About That Penny On The Sidewalk
Most consider that penny to be worthless, and can’t be bothered to bend over to pick it up. What it is however, is a sign that you?re capable of attracting money into your life.

What you need to do, is make your subconscious mind aware that you’re attracting money, that you?ll accept any form of denomination that comes your way.

You need to open up all your “wealth” valves, and be fully receptive to any form of money, by never refusing it, this provided that it?s from moral and reputable sources. That you’ve earned it or are rewarded for it.

If you do happen to find a penny, and your reaction is to just ignore it, or you may be too embarrassed to pick it up, what you?re telling, signalling to the universe is that you?re not interested in attracting money.

That you’re not worthy enough, that you?re not willing to put in the effort that?s needed, to attract any amount of money into your life.

What your subconscious mind or the universe can?t distinguish, or doesn’t care, is if it’s a penny or a thousand dollars. All that registers is the message that you?re sending, which is you?re not interested in attracting money.

The mind also resonates and records every time that you refuse a gift, or you don?t charge someone enough for the work that you do.

What you’re planting, are negative money vibes into your mind, that you have a fear of attracting money, and that’s what the subconscious remembers.

So if you?re wanting to attract more money, always accept what?s rightfully yours or gifted to you, including that penny on the sidewalk, and be grateful for it.

Open Yourself Up To Money Making Opportunities
Ask yourself why those who are wealthy, appears to have all those great money making opportunities flow their way, time and time again, where you don?t appear to have a chance.

The answer being, you?re not looking for them hard enough, or once they do come along, you become skeptical, become hesitant and then procrastinate. By then the opportunity is long gone.

The difference between those who are rich and those who are poor, is that the rich seizes that new opportunity instantly, and will take immediate action without hesitation.

So you need to increase your vision, to look for and find these opportunities, this by keeping an open mind, and then be prepared to pounce, ready to take action.

Once an opportunity does present itself, make sure that you kick the door down and enter. Overcome the initial failure and the doubt you may have, this until you create a method to extract the money.

What?s known, is that luck happens once opportunity meets preparation. If you?re wanting to find money making opportunities, you need to take action once they appear, so it?s usually just a timing issue.

By doing so, you?ll be rewarded with this element called ?luck.? For those who remains skeptical and chooses to procrastinate, these money making opportunities won?t appear, or will disappear quickly. Money loves speed.

Do Whatever Feels Right
What most will tell you, is that they don?t need to be told to do something, that makes them feel good. That it?s human nature and instinct, to do what you love to do.

Everyone wants to do things that makes them feel better. Once feeling good, your energy and mood begins to elevate. You begin to feel and act more optimistic.

What having this positive attitude then attracts, are more things into your life which makes you feel better, in this case more money.

What it comes down to, is developing the proper mindset, to open up the receptor valves to attract the money that you’re seeking.

So regardless of what you do, how rich or poor you are, learn how to develop the foundation on how you can ethically capitalize on any situation. Then in good time, the money will begin to flow to you.