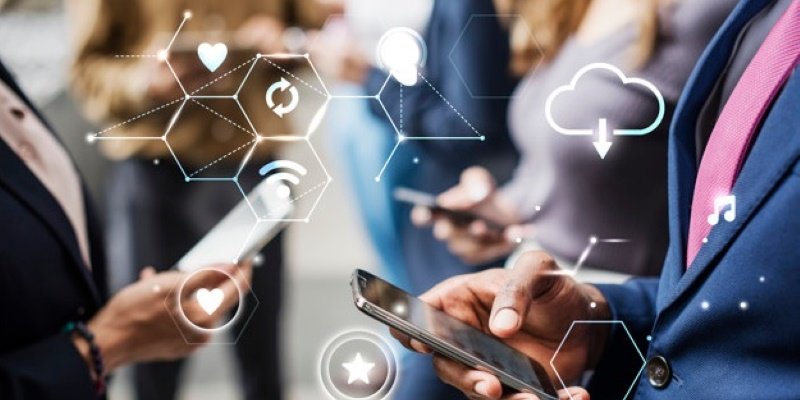 Friday, February 3rd, 2023
What we all want is to be the chief executive on how we direct our lives. So going beyond just depending on almighty fate, it’s thought we can somehow control our destiny. We can do so by tapping into manifesting what we “believe” we can do in our lives.

Some question if this is even possible, which is developing and thinking thoughts, and they turning into reality.

All it comes down to is one’s energy, since it’s known that the universe is nothing more than a huge swirling bowl of energy itself, which can be harnessed on will.

This is free energy that repels and attracts on demand. It’s thought this energy form is how our dreams are created.

This energy can be manifested somewhat into our thought-form, or it can be avoided altogether.

To bring this home to modern day reality, think of how smartphones work.

Two individuals could be in the same room, or they could be hundreds of miles apart.

They’re able to instantly contact one another, and talk or text each other regardless of where they are.

Decades ago when cellphones were just a concept, everyone would say how crazy of a whacked out space-age idea a cell phone was.

How could this ever happen since there’s no tangible connection, no wire.

By just using a small portable device that fits in your pocket, how could anyone connect with one another at will wherever they are?

Smartphones, the modern day marvel that they are, actually are able to connect to anyone by using an invisible stream of electromagnetic energy.

All that’s needed is a secret code, much like a frequency, to instantly connect and communicate with one other.

In this case, this secret code is the 10-digit cell phone number of the person you’re wanting to reach.

The Transmission Of Energy

Our everyday lives, our daily existence even without modern technology operates the same way.

When we want something bad enough, we have a strong desire to do something about it.

What we’re doing is sending out an invisible frequency, much like a smartphone, but this out to the universe.

What the universe will then do, is answer back the best way it can by fulfilling what we want, or asked for.

But the majority of people who’s tried this, would argue all of the requests they send out, such as wanting more money or love, are never answered.

Your Request Is Being Answered

What’s been discovered as truth, is each and every request that each and every person on this planet wishes for, is actually attempted to be answered by the universe without fail.

So be careful what you wish for.

What’s not properly executed however, is their request isn’t detailed or clear enough for the universe to understand.

So you may be wondering, what’s the frequency Kenneth?

Know The Proper Frequency For Your Requests

On a conscious level, what we’ll do is send out a request on something we want.

On a subconscious level, what we need is to know which frequency we need to communicate on, much like knowing someone’s cell phone number.

What we don’t know is what frequency this money is situated on, and waiting for us.

The issue and challenge is, that they’re broadcasting on the wrong channel or frequency, so it’s not being heard by the universe.

So What’s The Frequency Then?

The key becomes knowing what governs these frequencies on a subconscious level.

The quick and easy answer is it’s our beliefs.

The universe and everyone else who preaches these beliefs, will tell you that you’ll always get what you “believe” in.

It’s also certain you’ll always get what you “deserve,” and not always what you desire.

So the key becomes knowing what you “deserve” and what you “believe” in, are both on the same frequency.

They both need to be on the same subconscious level.

Then and only then will the universe recognize this and respond, and will manifest it immediately to you.

The reason being there’s a natural law that states. “All you need is to ask, and you shall receive.”

How then do we go about changing our frequency subconsciously, so it will match our request of wanting more money.

We can do so, on how we originally created them.

What we did was we created our original beliefs, by extracting our life experiences which we attached a meaning to.

Save The Last Dance For Me

For example, you’re at the annual school dance and you just asked someone to dance.

However, you were immediately turned down.

What you then felt was like a dolt and down on yourself. What you felt was pure rejection that you’re not good enough.

What you don’t know or realize is the real reason why, or the circumstances behind why that person turned you down, by they saying “no.”

It could of been they already have a partner, or they were intimidated by you, or they are just too shy.

Reasons that has nothing to do with you, or your actions.

The real reason may of been they really wanted to dance with you, but were embarrassed because of their two left feet.

Realize that all of these reasons, has absolutely nothing to do with you and your request.

However, the majority of people will take it personally, or will jump to conclusions because of their low self esteem.

In this case, the person felt rejected, and may of thought there was something wrong with them, and not realizing the other persons circumstances.

Then The Wrong “Beliefs” Develop

Since this feeling of rejection wasn’t a pleasant one, the individual uses this as a generalized reference point, one that turns into a “belief.”

This belief will stop them next time, from asking someone for a dance in the future.

The belief being, they will be rejected again, because they are too short or they’re not attractive enough.

? All this person wanted was someone to dance with
? The subconscious frequency of their broadcast however was on Channel 7, but their “beliefs” operate on Channel 3
? Channel 3 is the belief that dictates: avoid asking someone to dance because of their fear of being hurt or rejected
? To change this belief, what the person needs is to change the frequency to say… Channel 5

Because Channel 5 is the channel of “finding opportunities to meet someone new, where they both have similar interests.”

Once you discover how the universe is able to bring someone or something into your consciousness, you can then use that as a reference point when making future requests.

By going this route, any new belief can then be cultivated.

So in the future, you are operating on a frequency that’s more consistent, and on the same frequency you’re consciously broadcasting your desire on.

This is the same exact reason, why those who are already wealthy appears to get richer.

They’ve attuned themselves into finding and locking in the right frequency, which leads them to make more money.

So if you want more riches, all you need is to tap into this belief frequency, which is a never ending source of wealth.

2 thoughts on “How To Attract More Money By Manifesting Belief”