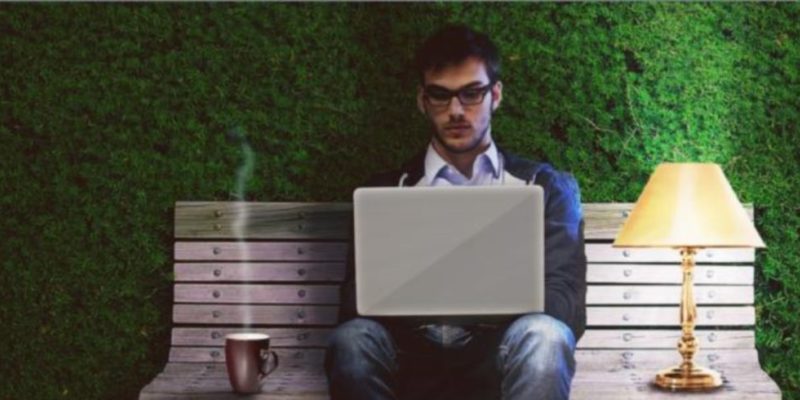 Thursday, February 2nd, 2023
Unemployment and underemployment. There’s those nasty words once again because of the ever shrinking workforce, where the economy is letting us down. We’re all becoming victims of the current condition we live in, that there’s no jobs, and it’s becoming a world-wide global epidemic.

So many are now starting to ignore that age old mantra, of working hard for a living for one company. The one that your grandfather once passed down to your father, and your father to you.

Make sure that you study hard in school and get good grades, this so you can get good post secondary education. Then you can get a good paying job in that office tower downtown, so you could work your buns off for 40 years until you retire.

This is now becoming completely antiquated and irrelevant.

Today more than ever, we’re caught in an economy that is shrinking, because of corporate outsourcing which results in downsizing. This results in the everyday worker losing their job to automation.

Now, the once traditional post secondary institutions, the Harvard’s of the world, for those wanting to obtain higher education, are no longer being trained to work for that big corporation, any longer.

Instead, they’re being educated on how to develop and start their own business, this while attending school. They’re then able to come flying out of the gates, as they’re fully prepared for the new economy.

So right now, more than anytime in our history, what you need is to protect your own livelihood.

Decide to place yourself in a self operated capsule, and command your own financial future. What you need, is to learn how to create your own job, start your own business.

Becoming an entrepreneur, has nothing to do with going out and leasing that big red sports car, or renting that big yacht, the one that you can’t afford.

Stop thinking that you can make a million dollars your first year.

Consider entrepreneurship, as the most challenging task that you’ll ever undertake. Remain humble and take it seriously. Just keeping yourself afloat, needs to be a top priority.

Just attempt to operate profitably on a daily basis, just to survive in those shark infested waters.

It’s most likely not what you envisioned, and far from a dream come true. Avoid inevitable failure, by setting unrealistic goals and expectations for yourself.

That you believe your business idea is special and unique. Well guess what, it most likely isn’t.

Accept the fact that your brilliant idea, is already most likely thought of. Realize you’re not the next great genius, that invented a new mousetrap.

To stay alive, survive and hopefully thrive, you need to be grounded and realistic. You need to be practical and rational.

Focus on what’s really important to you. This should be finding ways to generate immediate income, that’s hopefully passive and recurring.

There are many who fail, by wanting to or attempting to reinvent the wheel. Starting a new and unique, never been seen before business, often results in it becoming a costly bottomless money pit, where you never gain traction.

Don’t try it re-innovate yourself or the market. Thinking that you’re unique and special, a trendsetter, is a fools game, one that rarely works out and is rarely profitable.

So stop thinking that you’re going to be the creator of the next Facebook.

Instead, start building the next great affiliate marketing blog, by offering some type of niche service.

Choose to do something that’s already established where you’re an expert in, where a proven blueprint has already been built. Follow a tried, tested and proven business model.

You should only become original, in how you choose to market and tweak that proven business concept. How your choose to brand your new service business.

Your end game, your motive and objective should be to generate income, for yourself. Become profitable as soon as possible, and not spin your wheels in redundancy.

Who’s Going To Invest In Your Latest Greatest Idea

The majority of start-ups don’t get a sniff. No one is going to read your stuffy long drawn out generic business proposal, that’s most likely been thought of before.

No one will take your existing business seriously, unless you have documented proof that it’s a proven money maker, that can be scaled up.

There also needs to be positive cash flow, proven management that’s in place, and most importantly, the product, service, or business has mass appeal.

So instead of attempting to raise capital, master the art of marketing instead. Kick start and inject your business website with content, until it can be launched into a potential business venture.

Build it up with real clients, actual testimonials, raving reviews, and revenue. Stop the dream of attracting imaginary angel investors and venture capitalists.

Having a great business idea, doesn’t mean that it will magically translate into a real money making business.

Don’t fall into the trap of thinking that you’re the chosen one, that your awesome idea is so good, that things will work itself out. If you don’t have revenue, you don’t have a business.

If your pie in the sky money making scheme, is just based on a hypothetical exit strategy where you can hopefully cash out, stop yourself before it’s too late.

You need to look how you’ve earned money in the past, and then build from there. Nurture it, in the hopes of a better more profitable tomorrow.

Fake It Till You Make It

There are now a vast variety of affordable automated technology that you can take advantage of, along with hiring inexpensive virtual assistants and office services, that allows you to become efficient, and look big.

You can now easily afford to build a professional online presence, and present yourself on a worldwide global scale, and do so almost immediately.

You’re now able to strategically position yourself and your company, to appear like an established successful enterprise that’s profitable, even if you’re working out of your home office.

You have the use of professional already done for you business platforms, so you can immediately create a totally professional vibe.

You can hire virtual assistants, along with technical specialists at a mere fraction of the cost of hiring salaried employees.

Then once you begin generating income and become profitable, you can continue to use these already established resources, to keep your operating costs low and your profits high.