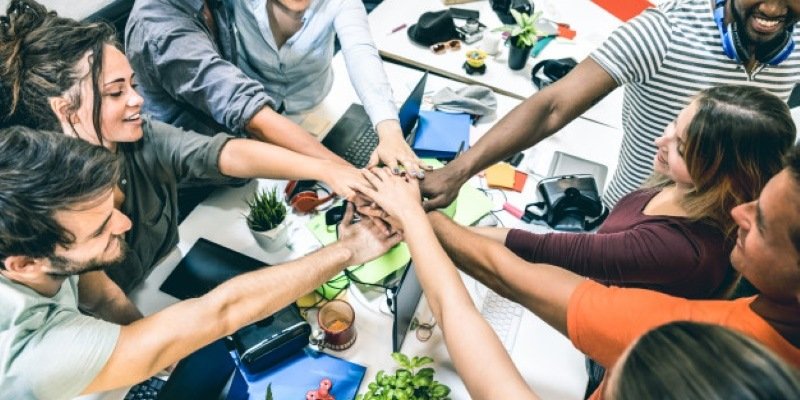 Tuesday, November 29th, 2022
We are now well into the information age when it comes to technology for business. But the fact remains we still have the same human behaviors and emotions we did decades ago.

Genetically, we still act pretty much human, and haven’t really evolved that much from our ancestors.

It’s found the biggest difference between man and primate or our animal friends, is a distinct part of the brain known as the neo cortex.

In humans, this area of the brain is significantly larger and thus more advanced.

One advantage of this is we’re able to mirror, copy, and then learn or emulate what someone else is doing.

For instance, once you hear or witness an extremely emotional story told by someone, what we’re able to do is feel the same emotions in our mirror neurons.

What this swapping of these stories does is it brings people closer together, which builds trust, making us feel as if we have a common bond.

This becomes extremely important, when it comes to our modern day business partners, relationships and clients.

Stories and events have the ability to connect people emotionally, as most will forget the stated facts or the actual dry context of the story.

The reason is because most will forget or dismiss 90% percent of the information that’s presented to them, within 30 minutes.

As a result, what needs to be continuously reinforced are the facts and information to verify these stories.

It’s also a proven fact, that it’s the stories we hear that solidifies someone will conduct business with you, once you inject emotion.

The majority of companies still continues to encourage or insist that their employee’s to work longer hours, to work yet even harder than they are.

The thinking being that having less employees doing more work, will improve their bottom line.

This belief may of worked in the past, decades ago, but no longer that valid.

In a study that was conducted over a century ago, it was agreed that the “sweet spot” to get maximum production from workers was working 40 hours a week, which still remains true today.

It was found that working additional hours created just a small increase in worker productivity and morale, which can at times turned negative.

The biggest issue when overworked was that the workers began making too many mistakes.

So the modern day solution, is to work smarter not harder, thanks to technology.

This doesn’t mean adding yet more computers and faster Internet however, although it does allow for multitasking.

The solution is spending your time doing things which matters the most.

This theory is based on the notion of core competency.

In the past, the majority of companies looked a corporate ethics as an expense.

The protocol from management was, “Just do what I say or you’re fired.”

The assumption being that it’s usually more profitable to cheat, to be deceptive than to play fair, this provided you don’t get caught.

But the truth being that this “cheating” actually has hidden costs, even when the company thinks they’re getting away with it.

It’s found that the employees who knew of this type of deception, felt conflict and either wanted to quit, or were okay with it.

The best employees feel uncomfortable, which creates the expense of high employee turnover, which is estimated to be three times the cost of keeping an existing employee.

So rather than attempting to deceive, how about creating a moral and ethical corporate culture.

What doing so does is avoids unnecessary expenses and the guilt that’s incurred, even if you get away with it.

What’s been proven by scientific fact is that stress and anxiety is the biggest detractor of progress in any business, mainstream or digital.

What stress results in is a complete host of health issues including muscle pain and tension, which results in headaches, fatigue, chest pain, anxiety, insomnia, and a lack of motivation.

Any of these health problems will put a slow down in productivity, usually because of absenteeism.

Once combined with the insistence of working longer hours, results in workers who gets ill with communicable diseases.

In the workplace, it’s found that the main source of stress is the sense there’s too much work to do, and not enough time to do it.

Then a climate of fear develops which creates anxiety, this based on the belief that management will punish failure, such as they getting fired.

There are companies who thrives on this type of culture which is based on fear.

These are the companies who also has extremely high employee turnover.

What’s also known is that the biggest expense for any company is this employee turnover, which drains out profit and increases internal strife.

So the most effective approach, is creating an environment which is less stressful by implementing better principles.

Creating An Environment Of Teamwork

What businesses conventionally think is that they’ll succeed if they hire a bunch of overachievers.

That hiring “superstars” will get more work done quicker and more efficiently, which increases profit.

This philosophy is based on the concept that’s known as stack ranking, which is a workforce that’s graded based on the individuals productivity.

The worse performer on the team gets fired at the end of the month, and a new hopefully better producing employee is hired to replace that person.

Then what’s attempted is recruiting the new hired candidate, in the hopes they resemble the best top performers of the company.

Although this sounds reasonable in theory, it doesn’t work that well in actual practice.

What stack ranking results in is dysfunctional behavior, this since the employees are coerced into performing better, while attempting to make others look bad.

Business success should instead be based on team effort.

The most successful of companies hires employees who are capable of leaving their egos at the door, while helping their fellow employees become more effective and efficient.