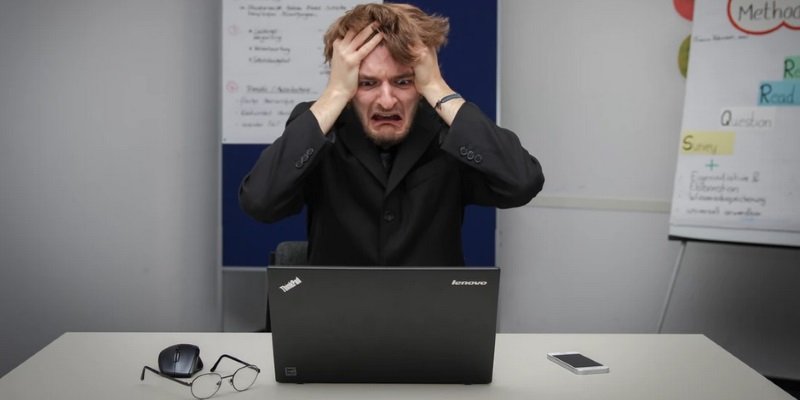 Learning how to write creatively begins with thinking creatively. Creative thinking is being completely honest with yourself. Competitive thinking is going to war with everybody and everything, this in the hopes to get ahead, to win, which only pads your ego.

So when you attempt to grow something, anything, such as your blog for your affiliate marketing business, creative writing is being inventive. What being competitive does, is always leads you towards some type of conflict, as you continue to spin your wheels.

Once you put forth your complete honest effort into creative thinking, such as writing new content, or finding new ways to attract traffic, what you’re doing is helping yourself as well as others grow forward.

Having a competitive mindset, although you might temporarily win, is rarely sustainable. What the creative mindset does, is permanently notches you forward without needing to look back.

Always Choose To Be Creative

Ultimately, what creative thinking does is it serves others, while being competitive is becoming abrasive with the immediate environment.

This can be person vs person, team vs team, a nation vs another nation. These scenarios rarely work out well, as someone always loses.

Competing is a constant standoff, an act of war, a showdown at the OK corral. It hardly solves anything, or makes things better without blood being shed. What creative thinking does is solves problems logically, which makes progress.

What competition does is masks fear, as you attempt to keep up with everyone. It becomes tiring, annoying and unhealthy. When it comes to creativity vs competition, it’s being productive versus becoming aggressive.

Creativity says, “I can solve this,” while competition says “I have a bigger gun.” In a true creative world, that gun would of never been created, so there would never be a conflict.

Money Is The Root

Money can be used to creatively enrich yourself. If you compete, it can result in debt. Becoming rich is a creative act, while being competitive can result in stealing or cheating.

When competing with yourself, your subconscious mind battles itself and it can become a headache. Thinking creativity solves problems, removes obstacles, and brings forward the reality and the truth of what existence and life is all about.

In Business You Need To Be Creative

Always choose to be creative instead of constantly competing, under any and every circumstance, if you?re wanting to come out ahead and succeed. What our current mindset is programmed to do however, is compete to win at all costs.

What the spirit of competition does is develops a false sense of security, this by constantly going up against others, for the bits of scrap that are inside the environment.

We battle each other for a predetermined outcome. We might win or we might lose, but we’re playing a fools game nonetheless.

So choose to be creative instead, to remove yourself and think beyond the predetermined set of rules that’s set by a competitive business or society. What you?re then doing, is creating a completely new scenario for yourself.

You become the guardian of creating a new environment, where others begin to compete on your behalf. They battle by the rules that’s set out by you. Once you decide to become a creator, you?ll never need to fight again.

Once you become the game maker and set the rules, you can make a fortune. If you choose to compete with others, all you’re doing is trying to show that you?re better than everyone else, while barely making a living.

The Mindset Of A Creator

One of the most amazing things about becoming an entrepreneur, is that you?re able to create something completely new from scratch, as the world is your canvas.

When you’re writing content for your blog, or you’re designing websites or developing software, what you’re doing is creating rather than competing.

You’re making a living from the original ideas that you’ve developed, such as a new article for your niche blog. You’re creating something that’s completely new and original, something no one has seen before.

Anyone who creates, is introducing something completely new. When you compete, what you’re doing is beating to death something that already exists.

To Develop Something New

So when it comes to your online business, it has nothing to do with luck, or having a good education. It’s more a blend of characteristics, that singles you out as a creator who chooses to be unique.

Although not everyone is able to expand what they’ve created into a multi-million dollar business, there are certain traits that you all share, such as originality.

Find A Gap And Fill It

What?s known, is that those who chooses to be creative, thinks out of the box. The reason being that those who invents things in this world, are all extremely inquisitive.

So the point being, always be asking questions, always be wondering, always remain curious. What those who creates will do, is find gaps in life, find what people are hurting about, and then find a solution.

What most creators will do is spend their time thinking forward into the future, this instead of reflecting on what mistakes they’ve made in the past, as they know that the past is history.

For instance, say someone who?s creative is on a diet. They’ve already lost 15 of their target 25 pounds. What they do is look forward, to finding new ways to lose the additional 10 pounds quicker.

Someone with a competitive mindset, after they lose the 15 pounds, what they’ll do is reward themselves by patting themselves on the back by having a cheeseburger, which is completely contradictory.

What those who creates has is a systematic way of making decisions, as they’re constantly tracking and observing what they’re doing.

They then orient themselves, formulate a plan on deciding what they should do next, then they?ll take the required action and follow through.

What they become proficient at, is following these steps faster than those who compete, which can at times also alter the dynamics of what their objectives are.

Successful creators are also constantly updating what their assumptions are, by making it easier for themselves to move from one step to the next.

Those who create are extremely resilient, as what they expect is to fail incrementally, this since they know mistakes happen. They also don?t allow their failures to compound, so it doesn’t become catastrophic.

Once creators decide to test out a new idea, what they’ll do is set a failure ratio, a variance for making mistakes until they succeed.

What they provide themselves is wiggle room, so they can make a certain number of wrong decisions or attempts, and won’t be disappointed for failing. Those who compete, will often give up the first time they fail.

What creators will do is welcome failure and see them as challenges. They realize that they don’t live in a perfect world.

What they?ve perfected, is a way to quickly move away from the ideas or theories that doesn’t work out, and then try something new and different.

The Networking Of Ideas

What creators will often do, is align together with other similar types of thinkers, other creators in the world who are different from them.

They do so, because what they’re looking for is cognitive diversity. So as a result, they will collaborate with other groups of people who are abstractly different from them, but has similar objectives.

These networking groups are similar to flash mobs. What these like minded individuals are able to do, is quickly come together to solve a problem. They all get to work, brainstorm, fix and then disband. Those who are too competitive are not invited.

What these “flash” teams has, is a specific dynamic that?s not competitive but creative, as they combine and work well together, working productively and cooperatively, and will rarely battle or argue against one other.

The characteristics of the successful creative mindset, is the polar opposite of constantly competing with others often in a me first, I am always right manner.

Creators would rather pay it forward with acts of kindness, and doing favors for one other. It’s not about jealousy, or fighting, cheating or stealing to get ahead.

All that creators care about, is the well being of their partners and colleagues that they work with, as well as their readers, customers and clients. All they want, is to see their idea or project coming to fruition.

What these efforts and exchanges of generosity causes, is a multiplier effect.

To be creative, certain skill-sets need to be applied. These attributes can be learned, so any idea can turn into something that’s positive.

Creative Writing For Your Blog

So you might be thinking that you’re not that creative, because you’ve never been in that type of scenario in the past, or your work situation doesn’t need you to think outside the box.

Or maybe you once came up with what you thought was a brilliant idea, and someone promptly shot it down. You were humiliated, and your confidence was shot as well.

So you believe that you don’t have a creative bone in your body.

Well, know that is far from the truth, as we are all born with creativity. All that you need is to activate your creative mind:

5 Steps That Will Unleash Your Creativity

1.) – Simplify The Process – Reduce your objectivity down to a single sentence. For instance, “I want to write a new sales article for my blog.” Once your objective becomes crystal clear, it then becomes easier to find ways to achieve it.

2.) – Start Writing – Every time that you write an original thought, you’re creating. What writing does is enables you to clarify your thoughts while expressing yourself. When writing, you can find holes in your reasoning which prompts you to thoroughly research the topic further. Once researching your topic, you discover new ways of thinking.

3.) – Focus – In order to create, you need to eliminate all of the distractions around you, and learn how to focus better. Turn off your music, social media, smartphone, and focus just on what you need to write about.

4.) – Concentrate – What’s recommended is dedicating at least 30 to 60 minutes a day to just think. Think about where you’re going, along with what you want to accomplish. What you’ll get is your best ideas during this time. This “thinking” could be while you’re jogging, working out, or meditating.

5.) – Set A Deadline – There’s nothing like injecting a bit of fear, to spark your creativity. Such as, every other day you HAVE to publish a 1500 word article on your blog. Period. No questions asked. Without this deadline, your life would linger, feel unfinished. This ultimatum will force you to find the time to write the content. This deadline induces creativity.

Keep in mind that an idea without taking action, remains just an idea. Begin by thinking of one idea or goal that you want to write about, and then spend some quiet moments thinking about it. That’s the action step you need to take right now, to begin your path towards creativity.

When you create, people will begin to follow you and share your content, which also includes your competitors. You’ll then become the authority that everyone else looks up to, and you’ll never be short of opportunity or ideas again.