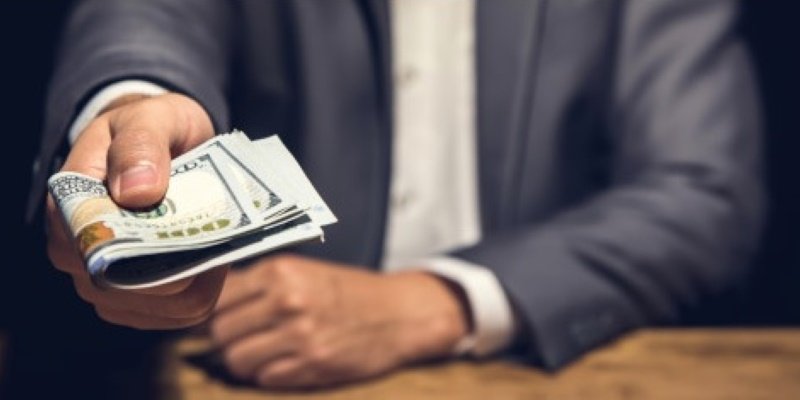 Sunday, November 27th, 2022
We’re all caught is this economic struggle where the almighty dollar, is the regulator. The general that rules our lives. So if you’re wanting to gain control over your life, better your current standard of living, to move from impoverishment to riches, then find something of value you can offer to the world.

Something that others are willing to pay for. Find ways to profit from the painstaking ritual, of people reaching into their pockets, and spending their hard earned cash to buy what you offer.

This is the simple formula, that applies to every country, corporation, and individual capitalist.

What any thriving economy has, are its own products or services to offer in exchange for capital.

Whether it be natural resources such as lumber or technological expertise, something of value to export to the world.

For those individuals who become self-sufficient, they offer something of value for trade in the marketplace, for the exchange of money.

This “thing” of value, could be something that you’re passionate about, such as a natural talent, a skill or interest that others need.

Something that will reduce their pain. In your quest to improve your current economic situation, the key is knowing your worth.

The reason why people are so intently focused on acquiring money, who are willing to steal and kill for, is because we can exchange it for whatever we want, to fix our own needs.

This because the financial world, has agreed that it’s money, that will be used in the exchange for goods and services.

I own a cow, and you have eggs. I potentially have something that you want, and you’ve got something that I want. Swapping my cow for your eggs however, wouldn’t be a fair exchange, as my cow is much more valuable than your eggs.

Perhaps you might not even want my cow. You have something else that you want, something that I may not have.

I might also not want any of your eggs, but I want something that you don’t have or are willing to give up, such as a car.

The Value Of Money

So what’s agreed upon, is that a cow has certain value as does eggs.

It’s worth a certain amount of money, and certainly worth more than most things.

The cow is also usually worth less than a car, as a brand new car can be expensive.

So what money allows, is for me to sell my cow for money, and then use that money to buy a car. What I did was traded my cow for a car, using money as a means of exchange.

So it’s not money itself that’s driving the economic engine, it’s the exchange of it.

What you can do is acquire money, while giving nothing of value back in return, such as stealing.

This is also known as a scam, a rip-off, where money exchanges hands, but just one party benefits, while the other doesn’t.

A version of something that’s inferior, and wasn’t delivered as promised.

The most common, is giving and receiving exactly as stated, and what the other party was expecting.

This is considered a fair exchange, and the usual outcome of most transactions. Exact value, was received for the money that was spent.

You can also accept money, and then give more than was expected, which is rare but highly appreciated, which is also the most admirable exchange possible.

Doing so will increase your reputation, gain karma and goodwill, as most won’t provide more value than expected.

The Exchanging Of Product

For the engagement of any type of exchange, what you’ll need is a product of value, one that someone is willing to pay for.

It can also be a service that will solve some type of mental or physical pain, or some type of activity in fair return for support.

So what needs to be realized by everyone who’s involved, this by every country in the world, every corporation, every capitalist and individual, is knowing what the value of the product or service they’re offering and receiving.

Once someone offers a solution to a situation or a problem, or to fix some type of immediate hurt, what needs to be known, is its exact worth.

If someone has a brilliant idea for a business, or needs financial assistance such as a loan, the first question that’s always asked, is what’s the product or service.

If the product has no value, then the money won’t be given or loaned. It needs to be a win-win situation.

Any offer that relies too heavily on another person’s goodwill, whim, or contribution, is a flawed product.

What it might provide is a temporary short-term relief, a stop gap solution, but there’s no foundation for it’s sustainability.

The worst is selling someone hope.

To hype or scam someone, that their product or service can potentially make them rich, or heal them, this because of their exclusive “insider” knowledge.

This is the farthest you can get from exchanging something of fair value, it’s a “rip off.”

It’s giving nothing back in return, and is criminal.

This is prevalent in the entertainment industry, where money is thrown to chance, a gamble, such buying a lottery ticket or playing the slot machines.

For those who do, they rarely improve their lot in life.

The reason for this, is because they usually don’t get any value back in return for their money, as the odds are stacked against them.

What they bought was a dream, and the “house” usually wins.

A Fool And His Money

Coercing, intimidating or motivating someone to spend their money on “hope,” has become the biggest and the most lucrative industry in the world.

One that is a zero-sum game. Know that the odds are massively stacked against you.

It doesn’t provide any economic value whatsoever, other than some collateral spending in the nearby liquor stores, or providing new jobs in the hospitality industry.

All it’s doing is making the proprietors filthy rich.

From a single roll of the dice, speculating blindly in the stock market, to hoping the lottery ticket comes in, all they’re buying is dumb hope.

Someone could potentially become instantly rich, but most likely will end up broke and thrown out on the street.

There are many, who’ll gamble away their entire life savings, on a spin of the roulette wheel.

The stock market or the casinos, is where the operators instantly profit from the money that was lost, because of the misery of others.

They profit from someone’s desperation, greed or somber, and is the very evil that money is.