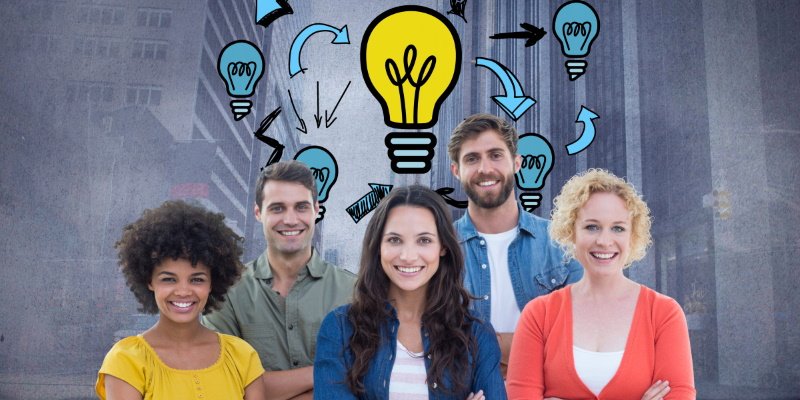 Sunday, November 27th, 2022
There are a majority who despises their current job, that grinding 9 to 5 ritual, so they set their sights on becoming an entrepreneur. They believe they have the goods to succeed. So many take that quantum leap on becoming self employed, to start their own business.

This however is easier said than done, as the statistics for failure remain staggering high. Successful entrepreneurs it’s found, is a rare species of individual.

The majority wanting to break out on their own, is usually because of the residue of frustration from working the “rat race,” and thinking there’s a better solution.

Most however don’t have the motivation it takes. The main key, is it comes down to a mindset with a few distinguishable traits.

What’s known is that there are a complex set of characteristics, this to become successful.

Most of them can be difficult to measure, and impossible to master. What’s known, is it can be a struggling uphill battle.

So what are these unique distinctions.

What does it take to “jump the shark” and cross that threshold.

It goes beyond being sick and tired of working for a living, and dreaming of a life of financial freedom, hoping success will instantly arrive.

What appears to be a core and vital factor in whether any aspiring entrepreneur will become successful, is having an above average IQ.

What this involves is the ability to take action, think abstractly and never give up, while being able to analyze, and synthesize.

The ability to problem solve independently.

It’s found that solving problems which arises on a daily basis, appears to be one of the keys to successful entrepreneurship.

Most issues can’t usually be solved by reading a manual or by using a quick Internet search.

What’s needed is to become water tight by problem solving on your own, and what this takes is relatively high intelligence.

Self Motivation And Drive

What’s known in life and in business is that things rarely go as planned, and starting your own business is no exception.

Those who has an inveterate drive and motivation to keep going forward regardless of what happens, have a big advantage.

What’s known is that time is money, that “money loves speed.”

What every successful entrepreneur knows is the hazards of wasting resources, or producing bad results because of poor planning, fruitlessly scrambling to get things done.

When trying to run a successful business like anything else, those who procrastinates has is a massive strike against them. Those who hesitates loses.

The Hunger For Profit

What many fail to understand, is the concept of buying low and selling high to make a profit.

What most wanna be entrepreneurs, or something they don’t teach in MBA school of business, is to comprehend or activate this simple concept, which is the key to making money.

Successful entrepreneurs instinctively know that this is the formula, to get dirt cheap products, and then flip them for a higher price.

This could be purchasing low cost advertising to get targeted traffic for their product, which has a high conversion rate.

What entrepreneurs will also do, is take action without fail by taking calculated risks.

What entrepreneurs crave for is as many “yeses” as possible in everything they do.

This includes finding low cost efficient outsourced help, vendors who are willing to provide credit, people willing to share their information or equipment at low cost.

Most importantly, to find hungry customers and clients who’s willing to buy their product, at a cost that’s affordable for them, while providing good profit.

The most successful entrepreneurs has is an ability to convince others to say yes, this without using strong arm tactics, or needing to get aggressive.

So take a look at your own personality traits, professionally and personally. Do others tend to agree with you, say yes once you ask them.

When asked, what most successful entrepreneurs will publicly say without fail, is they genuinely want to help people, to make a difference in the lives of others.

But know that their true intent, the reason why they do what they do to help others, is to make money, that profit is their main motivation.

What remains true however is they need to help others in order to make this profit. Any entrepreneur knows money is how you keep score.

What’s expected and respected, is that successful entrepreneurs have honest unwavering ethics and intent.

What’s understood is that karma will usually strike the common unethical sleazebag, as they will usually fail flat on their face.

However, what successful entrepreneurs also know is that the “golden” rules of business, at times these rules need to be bent on occasion in their favor. To cheat a little.

They also realize and are smart enough to cover up their modest ethical misbehavior’s, so they won’t get caught.

Those who slightly twists the rules to their advantage, are the ones more likely to succeed, than those who are scrupulously ethical.

Regardless of how efficient a business operates, what it’ll invariably suffer are a few setbacks. Two steps forward one step back.

What entrepreneurs wait for, expect and welcome is this failure.

And once that happens, instead of feeling dejected, they treat it as a lesson to be learnt, and then solve that problem.

They’re objective enough to recognize when there’s a better way to do things, better ways to use their time and money.

They solve problems independently, and will fix them to become more efficient or to realize greater profit.

Executing The Idea And Business Plan

The concept and planning of a business for it to succeed, needs to be crystal clear. It needs to sound and make complete sense.

It also doesn’t need to be groundbreaking or innovative.

What attempting to be cutting edge, breaking new ground often requires is too much risk and capital because of the unknown.

So unless you have deep pockets or infinite investors, you can’t afford too many mistakes. It’s better to replicate rather than to innovate.

Take a proven concept, and be more effective or efficient, such as providing better service or lower prices.

What following a proven concept does, is offers a higher probability of success, rather than initially thinking out of the box.

Plan To Scale Up

The key to expansion, to make more money once a business concept becomes successful, is to scale up or clone it.

So initially perfect a simple low-cost method and continue to build on it.

Regulate yourself so you won’t expand too quickly, as you’ll then begin to lose control over quality.

Then take action. You could have the greatest plan, but nothing happens until you execute.

Make sure you follow through on the plan to expand. Minimize risk as much as possible, while expecting to fail, and then work out all the kinks.