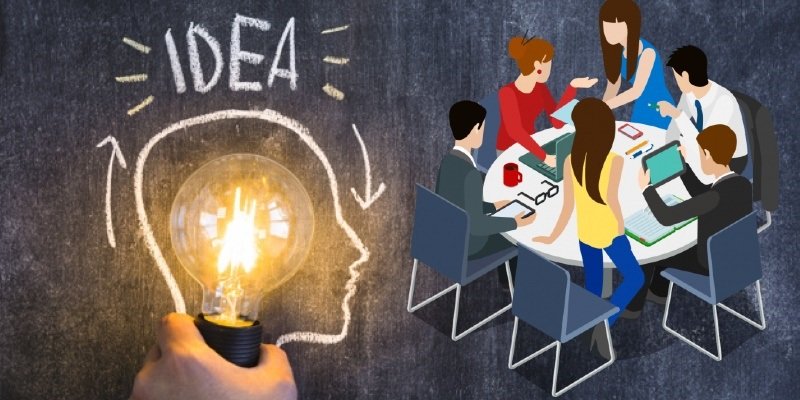 Sunday, November 27th, 2022
When it comes to a crossroad, when it comes to making a decision, always choose to be creative instead of competing, this under any and all circumstances in life and in business. Let me explain.

If you’re wanting to come out ahead and succeed among your peers, your competition, you need to think out of the box.

What our mindsets are programmed to do however, is to compete with others to win.

What the spirit of competition creates, is a false sense of security because you’re constantly going up against others, for scraps inside the environment, inside the box, within the rules.

You’re battling in a predetermined outcome. You might win or you might lose, but you’re playing a pawns game nonetheless.

Decide To Become A Creator

Choose to become a creator instead. What you’re doing is making new rules, you’re creating the environment where the competitors battle for their worth.

Once you learn to create, you’ll never need to fight for scraps again.

Once you decide to become the game maker, make the rules, cover new ground, you can then make a fortune.

If you continue to choose to compete with others, which is an ego play showing you’re better than them, then you’ll barely scrape out a living.

The Mind That Creates

One of the most rewarding yet frustrating aspects about being an entrepreneur, is you have the opportunity to create something new from scratch on a daily basis.

So if you’re a writer, you design websites, write software, develop information, build rocket ships, what you’re doing is creating and not competing.

You’re getting your original ideas and goods out to the world, and not fighting for same piece of the pie.

There are some commonalities, similar traits that all successful entrepreneurs who are creators share, those who’s built multi-million dollar empires, have in common.

What’s defined is all creators have the ability to bring something new and unique to the table, something that’s never been seen before to the marketplace.

To Develop Something New

It turns out it has nothing to do with luck, or education, but it’s more a blend of characteristics which vaults those who create, to higher levels of success.

Although not everyone is able to grow their new creation into a multi-million dollar business, but if you write new articles for instance, developed a medical app, compose music, you’re creating and not competing.

Find A Gap And Fill It

What’s known is that creators are lifelong learners, they are extremely inquisitive and mindful.

For instance , what’s known for certain, is that the older we get, the fewer questions we ask.

A typical five-year-old on average will ask around 100 or more questions a day. By the time we reach our 40’s, we ask three to five questions daily.

So by constantly asking, remaining curious, always learning, what creators will do is find gaps in the hardships of life, and then fill them.

What successful creators do is spend their time focusing on forward thinking new trends, this rather than reflecting on what they’ve done in the past, or what already exists in the marketplace.

Say for instance, someone who’s forward thinking and creative is on a diet.

They’ve lost 15 of the 25 pounds they’re wanting to lose so far, so what they look forward to is losing the additional 10 pounds in the near future.

For those who aren’t forward thinking, have a competitive mindset, what they’ll do is reward themselves for losing the 15 pounds.

They will pat themselves on the back, and have a burger to reward themselves which is completely contradicting.

Have A Solid Decision Making Process

What successful creators have is a systematic method when it comes to making decisions, a loop where they’re constantly observing what they do.

Then they orient themselves, formulate a plan on deciding what to do next, then they’ll take action.

What they become proficient at, is performing these steps quicker than anyone else, which changes the dynamics of their objectives.

Successful creators are constantly updating their assumptions, making it easier for them to move from one step to the next.

Fail As Brilliantly As Possible

Those who create are incredibly resilient, as what they expect are incremental failures. This because they know mistakes happen.

They also don’t allow these failures to compound themselves, so they won’t become catastrophic or demeaning.

Once creators begin to test out a new idea, what they set is a failure ratio, a variance for making mistakes.

They provide time and space for making a number of wrong attempts, this so they won’t become discouraged.

Those who compete, will usually become discouraged and give up after the first or second time they fail.

What creators do is welcome this failure and see them as challenges, as they realize they don’t live in a perfect world.

So what they’ve perfected is a method to quickly move on and away from their ideas or theories which doesn?t work, and then try something different.

The Networking Of Ideas

What creators will do is bring similar types of different thinkers together in a group setting, this to solve problems.

What they’re looking for is cognitive diversity, and will tend to collaborate with other groups of unlikely people, who has the same objectives.

These networking groups can be compared to a flash mob, of sorts.

What these like minded individuals and groups are able to do, is quickly come together to solve a problem.

They get to work, brainstorm, solve the issue and then quickly disband.

What these flash teams have is a specific dynamic that’s not competitive but creative, as they work well together working productively and cooperatively without disagreement.

The singular characteristic of the successful creators mindset, isn’t to compete with others, nor is it to cheat or steal to get ahead.

They would rather pass it forward with acts of kindness or favors to others.

If their idea, design or invention is stolen, so be it. They will come up with a newer better more advance “mousetrap” or design concept tomorrow.

All creators care about is their partners and colleagues they work with, along with their customers, while wanting to see their idea or concept come to fruition.

What these efforts and exchanges of generosity does, is creates a multiplier effect.

To become a successful creator, all facets of these skill sets need to be applied.

They can be learned, so any idea can be turned into something that works.