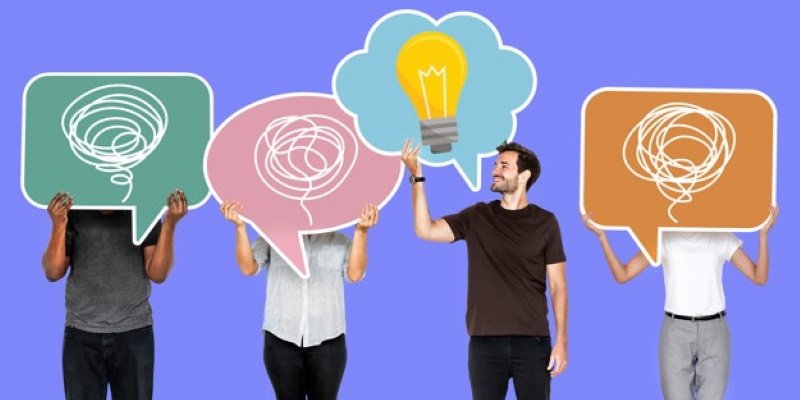 Friday, February 3rd, 2023
There are two individuals who grew up in the same neighborhood, who became friends. Their parents were both similar working class citizens. These two are the same age and they both got the same education at school.

As young adults, they’re both set off in the world to apply what they’ve learned, as they go their separate ways.

The first person is extremely efficient, ambitious, dedicated, and willing to do anything he can to become successful in life.

The other person not so much. Although they’ve both been given the same exact blueprint to earn a living, this second person fails.

Why is it that one becomes successful, while the other one doesn’t, as they were both given the identical upbringing. Their trajectory however is going off in opposite directions.

It All Comes Down To Attitude

We all enter grade school at the same age. We’re given the same textbooks, the same instruction, the same exams, all at the same time. Some excel, the majority are average, there are some who fail.

The point being that we as individuals are given the same opportunity, the same tasks, but why is it that some will do better than others.

It’s found that those who fail, all have similar traits in common, certain habits they adopt, making them ineffective.

They Don’t Have The Confidence

Those who fail to succeed are tormented with self-doubt, as what they lack is self confidence.

What they do is confuse their lack of experience with a lack of ability. They see any new challenge as a threat, while considering any feedback as criticism.

What they prefer is the familiar rather than the unknown. They seek security because of the chance of failing, while they stop looking for new opportunities.

They Dwell For Too Long

What they do is procrastinate far too often, and the longer they wait to get something started and completed, the odds increases that they’ll never get it done.

They perceive time as being endless and forgiving, while not realizing that time is the only resource that can’t be recovered once it’s gone.

It’s found that those who rarely meet deadlines, does is develops a false sense of confidence, and aren’t able to get things done.

What they fail to realize, is just getting things done is different from doing things well and excelling.

What they lack is patience, as they don’t like to wait for long to complete whatever it is they’re doing, or will give up too easily.

What they want are instant results, instant money, while they dine on instant Ramen noodles. They then quickly get disappointed and surrender, once they don?t get the results they want.

What they look for are shortcuts, to cheat the system. They take whichever lane is the fastest, which grocery line is the shortest.

They’re constantly late as they fight the clock, attempting to do things faster or cut corners.

The key becomes to do things correct the first time by exercising patience, this rather than doing things hastily.

What often then happens is they’ll eventually spend more time fixing the mistakes they’ve made.

The Attempt To Multitask

What’s known is that the human mind isn’t technically capable of multitasking a variety of functions.

Those who are unsuccessful aren’t able to focus on one thing, one task at a time. What they do is place too much on their plate, then try to do everything at once.

They’ll be talking to you while texting someone, thinking they’re being efficient. They seem to be listening, but are obviously distracted building their “to-do” list.

What they do is constantly make plans while overbooking themselves, creating unneeded stress. Then they’re exhausted from a busy day at work, this without having nothing to show for it.

They Want Change Without Willing To Make Changes

What they welcome and expect is change, but will fail to embrace it, while rarely bothering to take action. What they also expect are others to do it for them.

What they do know is they need change in their life. But what they do is resist, procrastinate to do what they need to do, once it becomes too difficult.

They’ll object to any new ideas while oppose new processes or implementations. They don’t like to apply new techniques, or learn new technology which appears too difficult.

They turn their backs to new and different points of view, and can be stubbornly inconsistent. Then their most convenient excuse they come up with, is “you can?t teach an old dog new tricks.”

What They Want Is Perfection

They can be extremely hard workers, but what they do is waste excessive amounts of time on minor details. Most of them that are completely useless. The ones that no one cares about.

What they fail to grasp are the main concepts or principles. They claim that they’re extremely detail orientated, this to a fault.

They’re more interested in the perfect idea, this rather than an effective one.

They’re more interested in creating a flawless product, this rather than doing whatever it takes to improve on it, or fixing what went wrong.

All they care about is to avoid making mistakes, rather than learning from them.

As a result, the majority of their goals become wild goose chases, as they spend useless time to find something that’s wrong rather than what’s right.

They Constantly Complain Way Too Much

What those who fail has is a pessimistic point of view in everything they do, which is their business and life in general. What they manage is to find fault in everything.

What they’ll do is spend the majority of their time and energy to find these mistakes, then they’ll adamantly complain about them. They blame others and never themselves.

They make mountains out of molehills, as they don’t bother to focus on ways to make things better, as they just don’t care.

What they have is a bleak outlook on life, this in their feeble attempts to pursue their goals. What they have are certain brain blockages, which deters them from realizing success.